Today, though, there is reason to be hopeful. Advances in technologies like functional brain imaging have given researchers a deeper understanding of the underlying pathology of schizophrenia and vastly greater insight into the brain pathways leading to negative symptoms. With this knowledge, researchers are launching new investigational approaches and pursuing promising possibilities.

Q: How do negative symptoms impact people?
Dr. Kinon: Negative symptoms have a profound impact on day-to-day functioning and quality of life for people with schizophrenia, and these symptoms are a leading cause of disability. The apathy and poor motivation associated with negative symptoms are much more than just low-energy states; it reflects an extreme lack of will, and an inability to plan for and persist in one’s thoughts and actions. Even the simplest chore seems daunting, and people who experience negative symptoms often need help with tasks of everyday living, such as grooming or managing their living space.

One of the great tragedies of schizophrenia is the social isolation that patients experience, and negative symptoms play a significant role in this marginalization. People who experience persistent negative symptoms often do not express emotions appropriately – or at all – and this leads to difficulty forming and maintaining social connections.

Current schizophrenia therapies all basically do the same thing: target and block dopamine, a chemical messenger in the brain. Blocking dopamine helps to manage hallucinations, delusions and aggressions in some people with schizophrenia, and dopamine-blocking antipsychotics have been miracle drugs for many people. But antipsychotics are generally not effective at treating negative symptoms. The fact that negative symptoms persist despite treatment with dopamine-blocking drugs indicates there likely is a completely different pathophysiology involved.

Q: What research is being performed that may one day assist in the treatment of negative symptoms?
Dr. Kinon: Researchers today are exploring how to use the brain’s intracellular chemical messaging system – focusing on working inside brain cells, rather than blocking and interrupting the signals that travel across brain cells. For example, PDE-10 is an enzyme found in the neurons connecting the prefrontal cortex region of the brain to dense dopamine centers deep within the brain. When PDE-10 is inhibited, dopamine activity is enhanced selectively in the prefrontal cortex. Lundbeck is exploring how inhibiting the activity of PDE-10 may affect the signaling of the neurotransmitter dopamine in a manner that may specifically improve negative symptoms, while positive symptoms remain controlled.

Q: Are you hopeful?
Dr. Kinon: Yes, after decades spent exploring the challenges of this patient population, I am hopeful.

Schizophrenia remains a disorder with tremendous societal and economic burden, and the impact on families can be devastating. But we are in a new era of schizophrenia research, one in which we can distinguish various expressions of the disorder and we recognize the need for new approaches – therapies that target unique pathologies.

Lundbeck has a strong heritage in psychiatric research, dating back to 1959, when we launched one of the first antipsychotics in the world; and we remain committed to accelerating innovation in schizophrenia therapies. Recently, our researchers used gene technology to identify several mechanisms in the brain that are not targeted by current schizophrenia treatments but are part of the underlying disease biology. With this knowledge, our researchers have been able to conduct research using gene-modified mice with the same DNA-mutations found in schizophrenia patients. This breakthrough could point us to new targets.

We also continually seek opportunities to advance understanding of the disease through innovative research collaborations. Given the complexity of the underlying biology of this disease, and the great unmet need, we know that collaboration across the entire ecosystem—industry, academia, patient organizations—is essential.

To that end, last year we formed a research partnership with Vanderbilt University to explore novel approaches to treating schizophrenia. For example, the partnership is examining ways to address the issue of having too much dopamine in the brain by reducing dopamine release. This would represent a different approach compared with existing treatments that primarily focus on blocking the dopamine receptors in the brain.

We also are at the leading-edge of biomarker research and recently helped launch a research consortium to help identify and validate event-related potentials (ERP) biomarkers for schizophrenia. The ERP Biomarker Qualification Consortium brings together industry, academic and regulatory stakeholders with the aim of qualifying event-related potential (ERP) biomarkers to aid the development of new investigational therapies for people with schizophrenia in accordance with FDA guidelines.

Across today’s R&D landscape, and at Lundbeck specifically, scientists are pursuing promising new therapeutic targets for schizophrenia. Our ever-expanding knowledge of this disorder and Lundbeck’s tireless commitment to restoring brain health give me hope.

[4] Correll CU. The Prevalence of Negative Symptoms in Schizophrenia and Their Impact on Patient Functioning and Course of Illness. The Journal of Clinical Psychiatry. 2013;74(02): e04. Accessed 5/7/19
https://www.psychiatrist.com/jcp/article/Pages/2010/v71n03/v71n0309.aspx 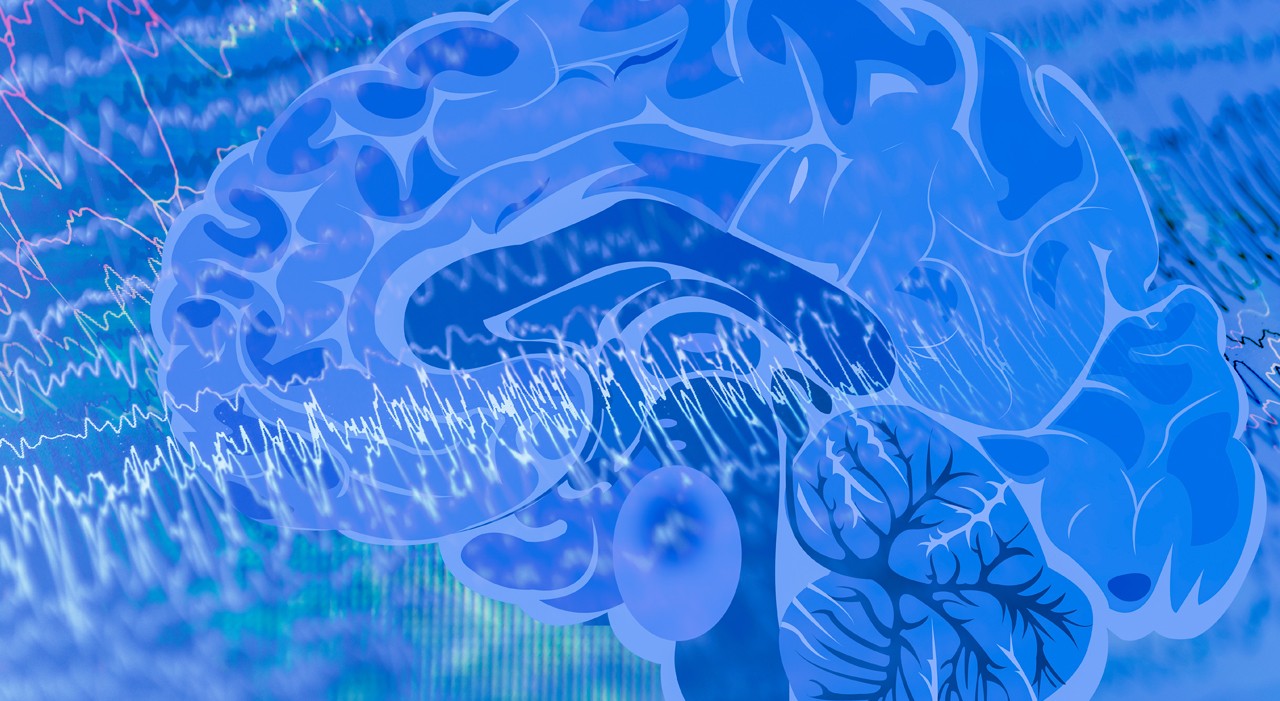 Science
The Hunt for Schizophrenia Biomarkers
By Bruce Kinon, MD
To date, no reliable biomarkers for schizophrenia have been identified. A new consortium hopes to change that.
0